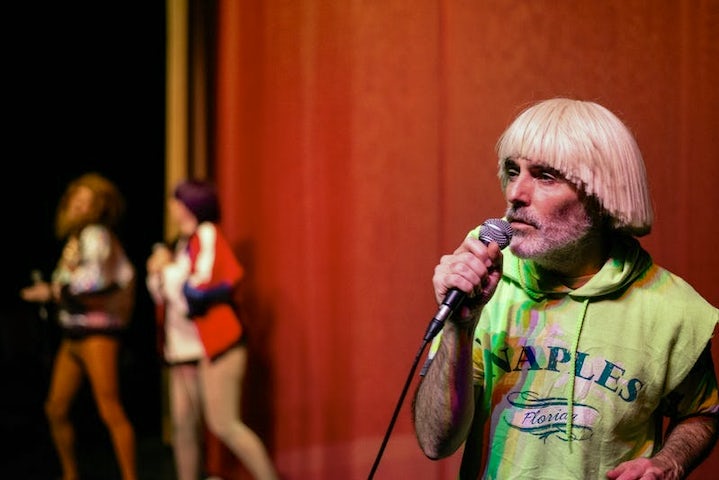 With Garcimore est mort, Gaël Santisteva offers up an "ambiguous fiction", an "augmented version of reality", coated in artifice linked to performance venues: applause, drum rolls, laughter, curtains, costumes, jingles, booing, songs... Familiar codes are called into question and used in reverse to create "a performance that is at a voluntary remove from the usual stratagems of the marvellous spectacular."

And what about Garcimore? The famous Paysage audiovisuel français magician was ousted from television in the 1980s and overwhelmed by a world that was moving too fast. By choosing as its title the disappearance of this popular hero, the show makes him into a filigreed mascot, discreet but insistent. Gaël Santisteva highlights the importance of themes such as normality, manipulation, the in-between, derision, belief and credulity, the relationship with death and decline.

Ambiguity lies, he points out, "between wanting to entertain but also asking the spectator to make an effort. The circus artist is really a minstrel, even today. What if the entertainer had some ideas to pass on to us?"