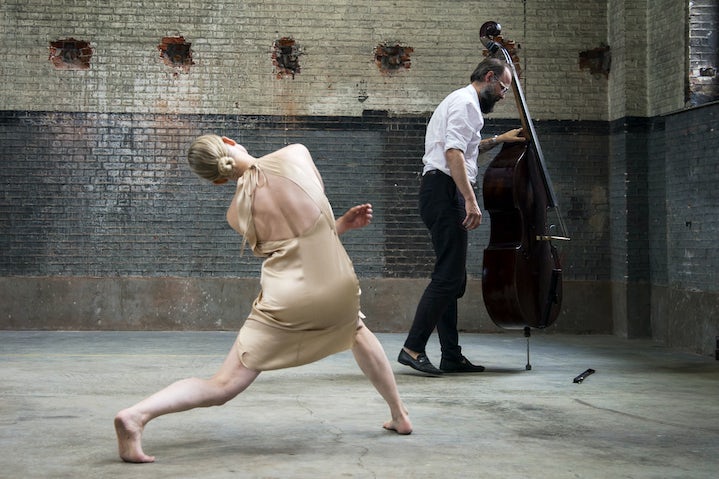 The double bass player and composer Nicolas Rombouts and the dancer-choreographer Charlotte Vanden Eynde met in 2015 when they were invited to present a public improvisation together. A special synergy emerged, based on the integrity of the relationship each one has with their 'instrument' and their profound sincerity. In Hyphen, dance and music are equivalent and the two physical presences are equal. For Nicolas Rombouts, music is composing in the moment and for Charlotte Vanden Eynden, dancing is thinking. Like the two hemispheres of the same brain, they can improvise and think together while functioning autonomously.

They seek out a tipping point where music becomes movement and movement becomes music, and thus test the boundaries and their transgression by inviting the audience to join them there.