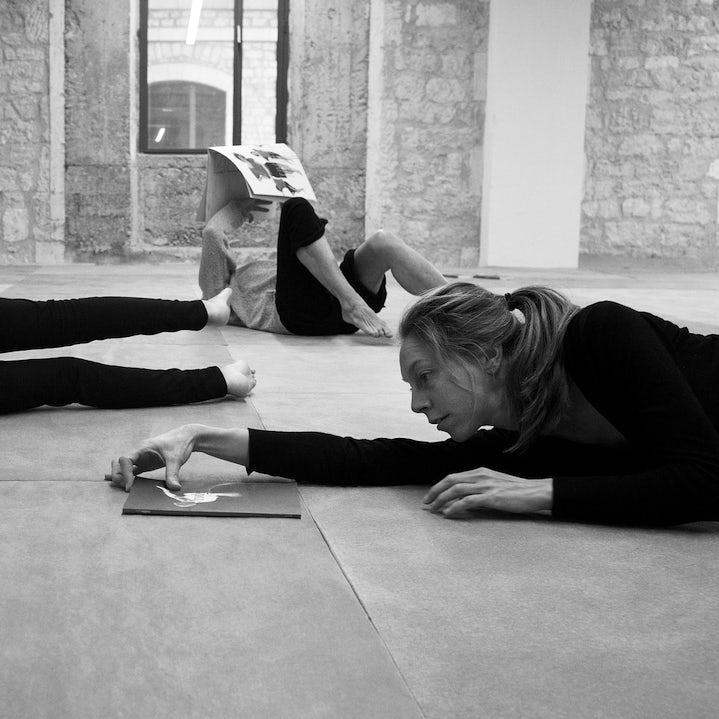 Books on the Move, invited by Contredanse and in partnership with Les Brigittines, invites you to a workshop in the Contredanse documentation centre. With words, skin and eyes, together we will imagine a place for sharing and experimenting based on books, the body, reading and writing. A sensory exploration through touch, where books will be invested, examined, weighed, browsed, read, and set in motion.

How can the dance book make us move and think?
The bookshop Books on the Move will be present at the In Movement festival at Les Brigittines:
Thursday 10 March - from 4 p.m.
Friday 11 March - from 6 p.m.

Biography: Agnès Benoit is a teacher, improviser and bookseller; she also established Books on the Move (www.booksonthemove.fr) in Berlin. Since 2013, the adventure has continued from the south‑west of France, accompanied by Stéphanie Pichon, a freelance journalist specialising in the cultural field. Books on the Move offers workshops where reading, dance and exchange are approached simultaneously. Agnès is the author of On the Edge/Créateurs de l'Imprévu (Nouvelles de Danse 32/33, Contredanse, 1997 & 2008).