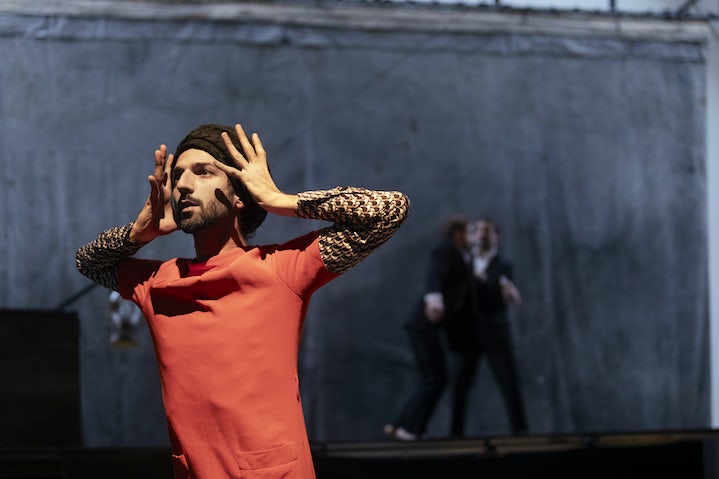 Drawing and animation have a special place in Karine Ponties' creations, which contain secrets, the extraordinary and the extravagant. With Lichens, Karine Ponties wanted to open up her creative work, with inspiration from the animated film "Le Conte des Contes" by the Russian filmmaker Yuri Norstein. The aim was not to reproduce Norstein's aesthetic, but rather to draw on his meticulous work to build a new edifice. What emerges is a piece that is constructed like memory itself, like the structural texture of consciousness. It is a tale with no narrative thread to weave in and out among fleeting encounters and impressions, taking us on a journey from poetic image to physical virtuosity. Lichens ignores trends and reveals a world —ours, or almost ours—that must be constantly reinvented. https://www.theatre-contemporain.net/video/Teaser-Lichens

Duration: 70 minutes. For ages ten and up