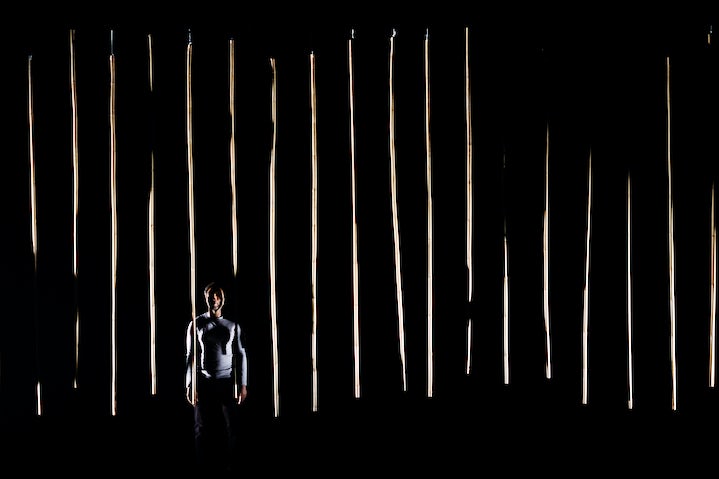 In Baule, "zouglou" means "dirt, rot, heap of rubbish," and refers to the promiscuity in which Ivorian students lived on campus at the end of the 1990s. Their voices rise and fall with a rhythm, a dance. A student music group seized this rebellion and wrote the very first song of this new movement, Zouglou. According to the Ivorian saying, "The mouth of the Zouglouman does not wear pants." This means that all truths that are worth telling must be told. And so, this rhythm is a form of musical engagement, also true of reggae, that is an embarrassment for the authorities. This duo traces the journey of a man who, in his fight, borrows from his entire generation the strength of a rhythm born for and during the struggle. Confronted with a deaf dictatorial power, he sings, dances, speaks and ridicules. Zouglou liberates speech, loosens tongues and tries to be free from the yoke of debasing power. The piece questions the necessity and legitimacy of the fight for social justice and an egalitarian society. Infused with beseeching and protesting, the choreography is draws on Zouglou’s history and gestures, but also on those of various revolutions around the world. Wherever the people make demands, there is Zouglou.

*The truth is better than shame.